It’s a good idea to recognize illnesses and diseases so your bearded dragon can live a long and healthy life.

When you have a bearded dragon as a pet it’s important to be able to look for warning signs that might indicate that they are not feeling so well. Bearded dragons don’t really show any emotions, unlike mammals. This has to do with how a reptile is and why they are such fascinating creatures. So, I would like to point out that bearded dragons do go through cycles each year. They might do this a couple times each year.

In this article I am going to be covering:

Ok, so I am sure you are aware of bears. Bears hibernate in the winter. They slow their metabolism way down, don’t move a lot, and pretty much sleep for several months. Well, a lot of people are actually shocked to learn that bearded dragons hibernate, as well. Instead of calling it hibernating we call it brumation with bearded dragons.

Bearded dragons will typically go through the brumation cycle once or sometimes twice a year. This is typically done in the winter or fall. This is how they adjust to the changing temperature, lighting, and lower amounts of food. I do want to point out that you should never stop a bearded dragon from trying to brumate. Let them do what is natural.

So, your bearded dragon will either completely sleep or kind of nap for most of the brumation period. Each bearded dragon is different and some bearded dragons will not brumate at all. There is really no rhyme or reason to it. It can last for a week or several months, too. Make sure you don’t wake them when they are brumating to give them a bath because this can actually make them end up brumating longer.

It’s also important that you keep your bearded dragon on the same lighting schedule. Don’t just completely turn off their lights when they are brumating. Also, make sure you still offer them food daily. You can cut it down to every 2-3 days if you want. Just monitor their food to see if they are eating anything at all.

Believe it or not, bearded dragons will show some symptoms if they are not feeling well. It makes take awhile for them to actually show their symptoms because of their genetic makeup. The reptilian mind is structured to never show any signs of weakness. They do this because if they show weakness other prey will go after them for food.

Below are some symptoms that your bearded dragon may show:

Every bearded dragon should have a regular bathroom schedule. If you notice that your bearded dragon eats daily but doesn’t poop once a day there could be an issue. The longer the bearded dragon goes without going poop the more you should be concerned.

If they are dehydrated than you can get them some Pedialyte or a sports drink like Powerade. Do make sure you dilute the water at one part water and one part the sports drink.

You can use a spray bottle and they should drink it up. Otherwise, if you really feel they are severely dehydrated you can use an eye dropper or small syringe without a needle and give them water that way.

If you notice that your bearded dragon’s eyes look droopy. Meaning, they might look like a sad bearded dragon. It will look very strange when you look at them. But, the only way I can describe it is they will look like a bloodhound’s eyes. This can be an indication that they are having kidney issues.

It’s hard to say what droopy eyes can mean sometimes. It could be something as simple as an infection or they have a parasite, too. I would highly suggest that you take them to the veterinarian if you notice droopy eyes, though.

Swollen or Puffed Out Eyes

Their eyes can be inflated. This could just be shedding, but it can be a symptom that they are getting too much Vitamin A. This is called Hypervitaminosis A. Usually, swollen or puffy eyes are not caused from a parasite, though. Might want to monitor it for a couple days and if it doesn’t go away take them to the veterinarian.

Bearded dragons can suffer from paralysis. Most commonly, this is caused by feeding them food that is too large for them. As a general rule, you are not supposed to feed them anything bigger than the space between their eyes.

So, when they eat something too big it will put pressure on their spine. This extra pressure can cause them to suffer from paralysis. This can easily be treated, though. What you do is a get a washrag. Cut a hole in the washrag. Then, you put them on it so their stomach can hang. This takes the pressure off of their spine.

If this doesn’t help after a day or two I would recommend taking them to the veterinarian. They can do things which will reverse it quickly. I should note that if this goes untreated for a long period of time it could be fatal.

Sadly, this is one of the biggest diseases that bearded dragons usually get. They can get this because their UVB lighting goes off without you knowing. Please see my article on bearded dragon lighting. But, MBD is caused by a lack of calcium and Vitamin D3. Also, it can be from Phosphorus which weakens their bones.

Here are some warning signs of MBD:

Metabolic bone disease can be treated. But, once they get so bad off from it it’s a matter of time before they die. You might just end up watching them have trouble walking around their cage, scooting on their belly, etc. It’s really a painful disease to witness firsthand. 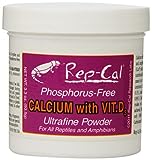 But, once you notice that they have MBD you can adjust their lighting or get them on a better diet. This will help the disease not to progress any further. I would recommend a supplement by Rep-Cal Reptile Calcium Powder with D3. You can sprinkle this on their food which will help give them the calcium and Vitamin D that they need to help MBD from progressing any further.

12 thoughts to “Bearded Dragon Illnesses & Diseases To Watch Out For”

What are you looking for?